Thank you all for supporting the regional aspect of this coalition by
including Salem in our week of action. The intent of this situationer is
to paint a picture of what solidarity could look like and to give you an
idea what things have been like here over the last several months. Salem
is relatively demobilized and in need of support that will help us
educate our community and strengthen existing networks. We respect a
diversity of tactics and practice community self-defense, but we have
found recently that because of our small numbers and because of the
impact of far-right violence, prioritizing community-building over
direct confrontation is much more realistic and in line with our needs.
Many of our local organizers are from marginalized groups, are disabled,
and/or are parents. We would like everyone coming down to support to
keep in mind that the long-term impact of direct confrontation is that
the right tends to target these organizers. We need to oppose fascism
and also keep their continued safety at the forefront of our minds.
The militia presence in Salem (and the complicity of law enforcement) is
a big issue. Here’s a brief rundown of recent events:

May 2020—We saw our first major armed presence in downtown Salem.
Multiple militia groups gathered to support a salon owner who was in
violation of the state’s “Stay Home, Save Lives” shutdown order.
End of May—Militia groups returned and were present outside the salon
and several other businesses for the better part of a week in order to
discourage “looters and rioters.” During this time, Salem PD also used
teargas on protesters for the first time in local history and were
filmed coordinating with the militia members to protect them from our
curfew.
July 4th—Proud Boys joined Salem “patriots” and militia members at the
capital en masse. Again, law enforcement (OSP) was filmed being very
friendly with local militia members.
Since the 4th—We have had far-right events and/or militia presence
around the city on a weekly basis. There was a church group meeting at
the riverfront nightly throughout the summer that was guarded by militia
members, and frequent “patriot” events at the capital on weekends.
Militia members have made a habit of stalking BLM and antifascist
events.
August 1st—We held a family-friendly open mic event. As families were
leaving, several militia members followed an organizer’s family to their
car and maced them as they drove away, harming their five-year-old
daughter.
September 15th—At a reopen Oregon rally, several comrades were assaulted
by the militia group TAPS.
September 7th—The “patriot” caravan from PDX brought intense violence.
Antifascists were brutally attacked and a member of our local press was
hospitalized with a concussion after being specifically targeted by a
militia member because of his reporting. “Patriots” were heard/seen to
be hunting in their vehicles for “antifa in black” and coordinating with
radios to do so. Several members were pursued after the confrontation,
and they were in vehicles looking for us.
More recently—Proud Boys came a few weeks ago we held a park cleanup. We
have footage of them hunting for antifascists in the park.
We don’t know what things will look like after the election, but we
expect a large militia and/or Proud Boy presence yet again, especially
since this event is being advertised relatively far in advance. At this
point the general consensus is that we need to be putting our energy
into building with one another and shifting public perception because
Salem is so conservative/liberal and we are so exhausted. We have a
security crew that patrols our events but are largely avoiding direct
confrontation. At a recent event when a member of the public commented
about how scary the “people in black” were, one of our members explained
how we are there to keep the event safe and this individual went away
feeling comforted. That’s the kind of interaction we need more of.
Please come willing to talk to our nervous neighbors who think “Antifa”
is scary and violent and help us show them that we care about the
community.  We also feel that demonstrating that we have regional
solidarity will be helpful in reducing future violence in that they know
we can call in comrades as needed. This action will also help to re
enforce the narrative that antifascism is NOT limited to only Portland,
that every region of the state opposes them.   We absolutely respect
self-defense as a necessary tactic but want visitors to keep in mind
that intentionally provoking violence will likely harm locals in the
long-run. Defensive tactics and making sure folks can get to and from
the event and have safe access to restrooms etc is our primary focus.
These groups have targeted families and specifically shown up at our
family and kid-centered events to stalk and intimidate us. Please keep
in mind that after everyone goes home, the couple dozen of us who focus
on security here will be left on our own to deal with any retribution. 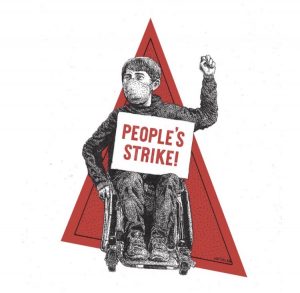 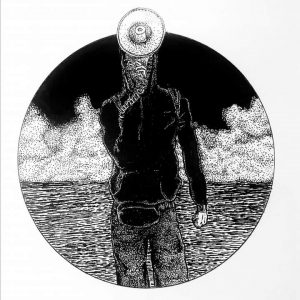 A broad-based community coalition asks the people of the Pacific Northwest to take action in workplaces, neighborhoods, and mutual aid groups to oppose authoritarianism and racially-motivated violence in the wake of the upcoming election. An opening rally for a week of action will occur at 2pm on Wednesday, November 4th at the North Park Blocks, where we will hold space throughout the day, followed by a march starting at 5pm.

The federal government is failing us. By now we’re all well aware of the tax cuts and record-breaking profits accumulated by the wealthy while the rest of this country struggles to survive the pandemic; their failure to address the fundamentally corrupt institution of policing responsible for destroying black and brown lives and communities; their indifference to the climate crisis. We know we’ve been given a choice between one presidential candidate who emboldens the US’ spiraling undercurrent of far-right hate and one who will do nothing to stop it. The date of November 3rd looms over all our heads.

While the outcome of the election is still uncertain, Trump has been openly manipulating the electoral process; igniting conspiracy theories about mail-in voting, calling for election poll intimidation, and purging voter rolls across the country. Trump has been fiercely suppressing the vote while indicating he will not concede power in the event of his defeat. With far-right paramilitary groups and Proud Boys “standing by” to support a Trump election theft, our communities need to act quickly.

We must become organized and send a clear message that we will not tolerate voter disenfranchisement or election theft, nor will we tolerate a two-party system that serves only the wealthy, and are instead committed to building a truly just and equitable society. We ask urban and rural community members, tenants, workers, affinity groups, unions, and local organizations of any kind to join us in a wave of community action beginning November 4th. We cannot pay rent, so we will not pay rent. We cannot safely work, so we will not work. If you belong to a church group or neighborhood association, a union or a Grange, please talk to your friends and community about what you can do to fight for the kind of change that won’t come from either party. 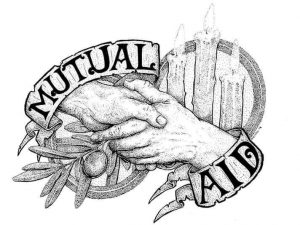 By shutting down business as usual, defending our communities, and building a web of mutual aid projects and neighborhood assemblies, we can form new community support structures to sustain long term opposition. We can work to take care of our communities’ needs ourselves. We join the People’s Strike campaign in calling for nationwide sustained resistance after the election, and echo calls for international resistance to fascism in the first week of November. We’re in a crisis – let’s act like it.

Join us for an opening rally at 2pm Wednesday, November 4th at the North Park Blocks, followed by a march at 5pm. On this day and for the rest of the ‘Week of Action’ through November 11th, we call for the people of the Pacific Northwest to plan actions united by the following principles.

1. No Trump! No Election Theft

3. Decolonize – This Is Indigenous Land

7. Housing is a Right – Resist Evictions

9. Strike for Power – Our Labor Is Ours

11. Solidarity with All Oppressed Peoples

12. We Protect Us – We Defend Ourselves